The cookbook that this recipe is from was published in 1991 & has so many good recipes in it!

The name of the cookbook is California Kosher …Contemporary and Tradition Jewish Cuisine,… from North Hollywood, California. A book filled with recipes from ladies that belonged to a Woman’s League. My book is tattered & I have my favorites in it. I have looked at this recipe for chicken many times & just had not made it yet, so it was time to make it!

The chicken is marinated in the fridge for 8 hours, so put it together the night before you want to cook it. Or, I would think that if you marinate it for less time, & bake it with the marinade that should be sufficient. Most of the time I want to make a chicken dish & don’t think ahead so I do not end up making that recipe. Most likely, this is what has happened over the years with this one!

Here is the recipe 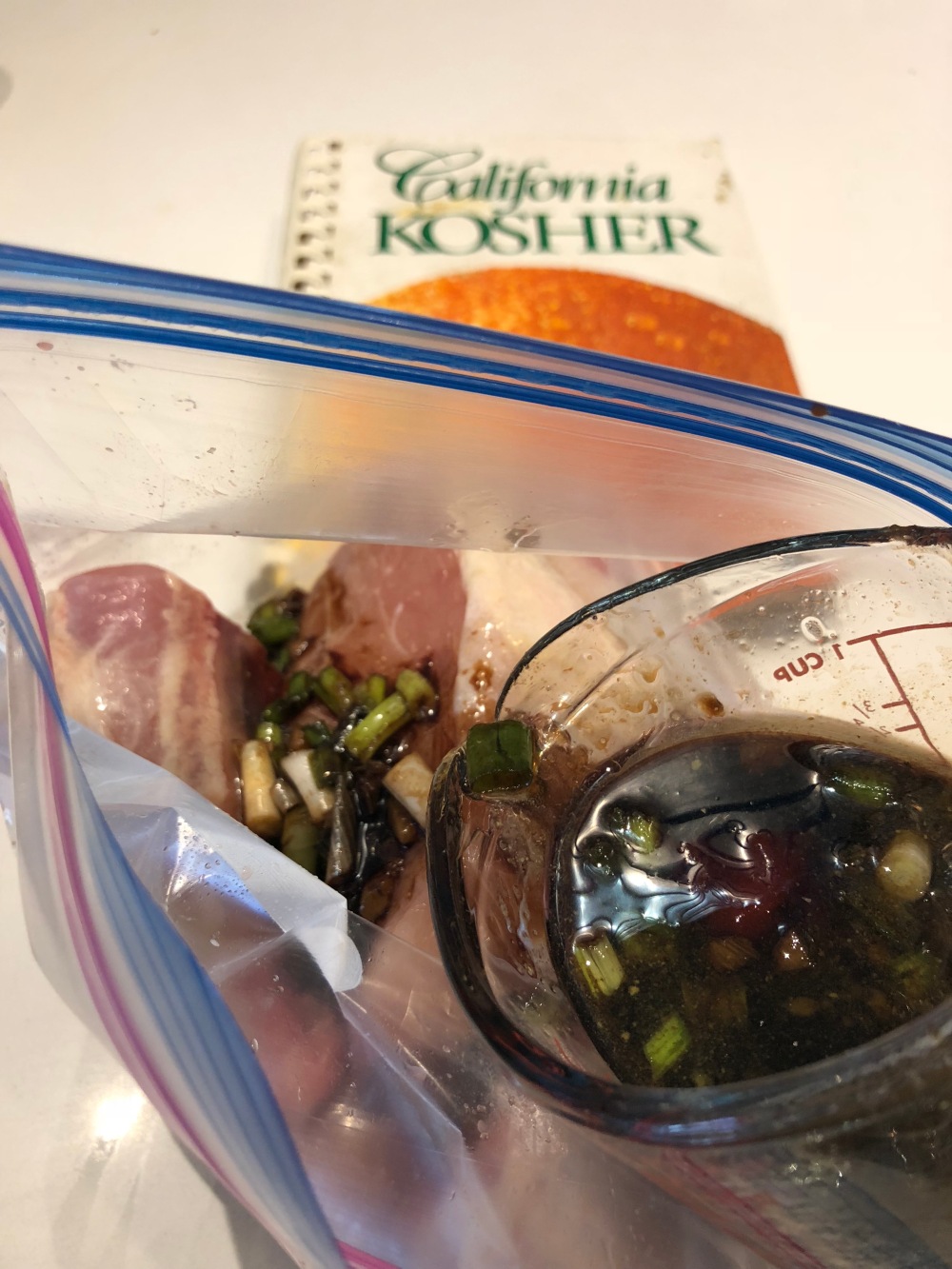 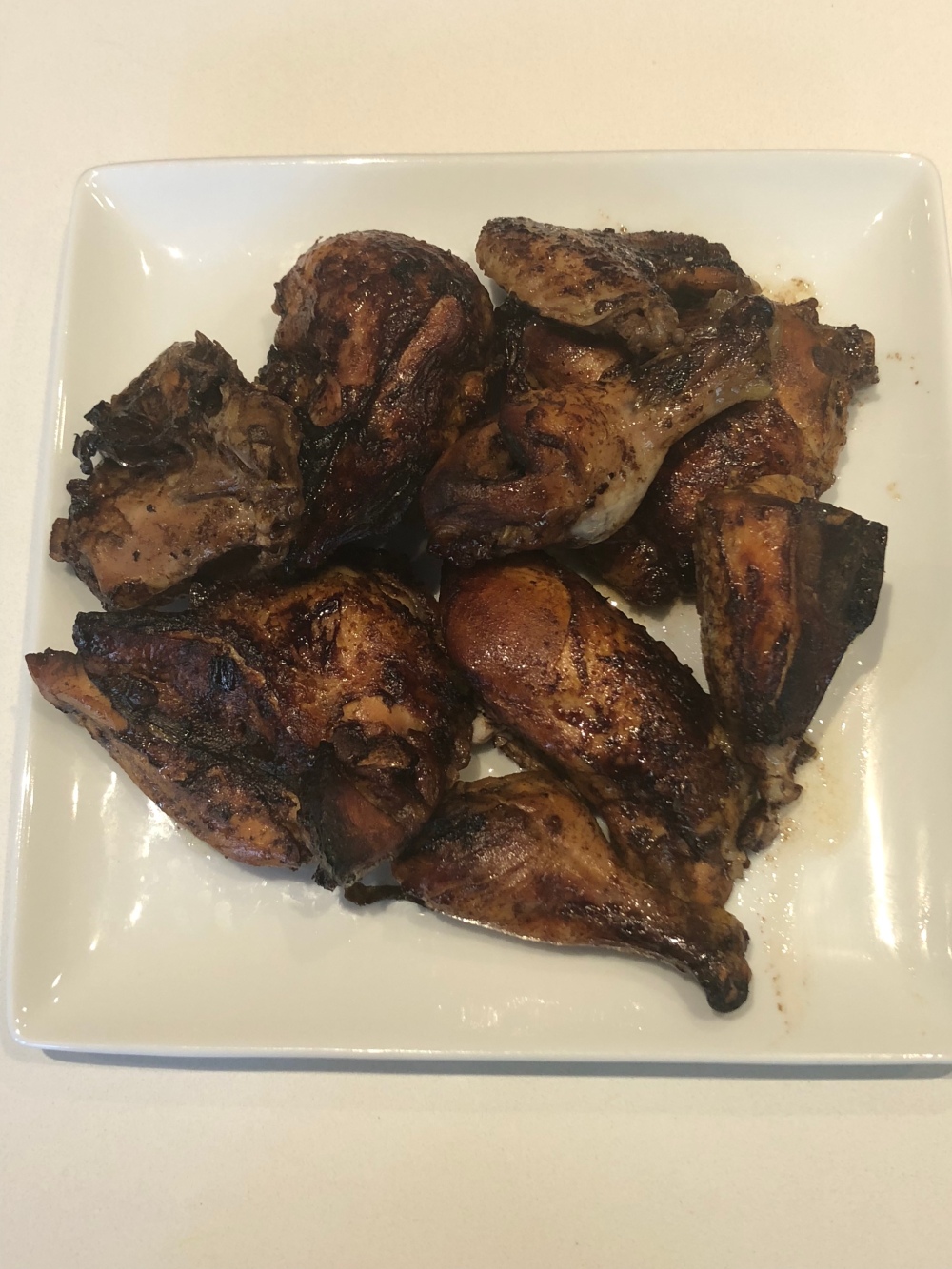