This is a recipe on the Smitten Kitchen website. it is the recipe for Balthazar’s cream of mushroom soup. I changed the recipe to make it non-dairy, and used dried herbs instead of the fresh ones. I will write down the recipe as I made it but will add a link to the original recipe on SmittenKitchen.com

1.Soak the dried mushrooms in enough hot water to cover them until they are soft.*** I just soaked them while I was preparing everything else. When they are ready to use, strain them through some cheesecloth saving the soaking liquid. Rinse off the mushrooms to get rid of any dirt that might be on them

3. Heat the olive oil in a large pot over medium heat. Add the onion, cook until soft . Add the garlic and dried herbs  Stir to combine and continue cooking until fragrant.

5. Add the mushrooms and cook until they shrink down and the water they have released has evaporated. Stir often to prevent sticking

6. Add the vegetable stock and cook simmer the soup for about an hour. ***I like to cook mine longer then the original recipe calls for, so i continued cooking it until the mushrooms looked nicely cooked.

7. Puree the soup. *** I use a hand blender but you can use a blender or food processor but be careful if doing that when the soup is hot

8. Taste and adjust the seasonings to your take 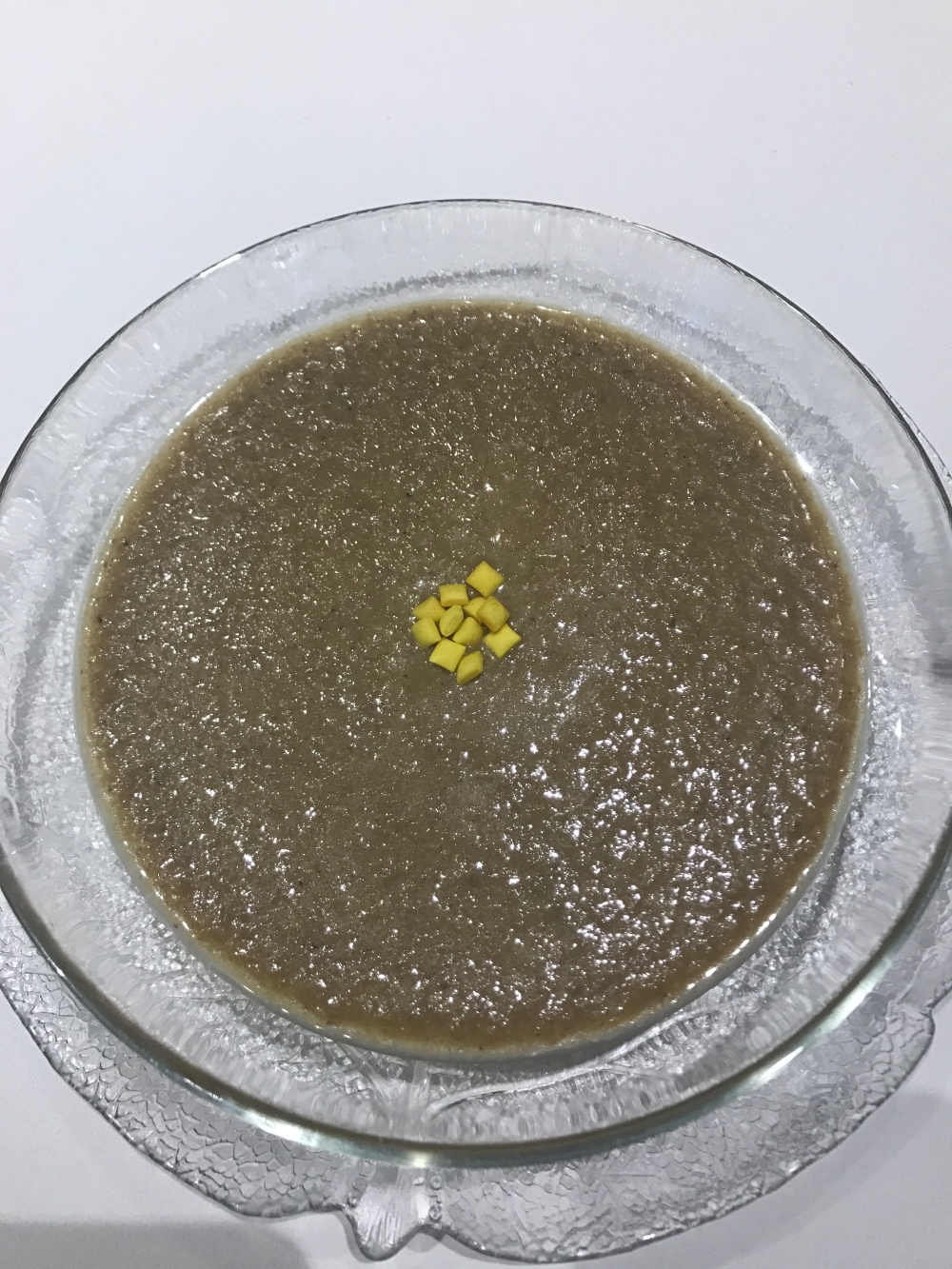