The soup was not ready to eat right out of the pot for me, I had to strain the soup. I used chicken carcasses so had t take them out of the soup & strain it. But otherwise the soup is delicious. Usually I use cut up chicken pieces… I think that I will use the bones from now on if I am using the Instant Pot since it worked so well, unless I want the meat from the boiled chicken. If I was going to use chicken pieces I think I would use about 2 legs & thighs attached. If you use too much chicken the pot will be too full & you would have to put less water in…

Here are some negatives…

My conclusion …. when I making soup for just the family I will absolutely make it in the Instant Pot

Time wise it takes…time for the Instant Pot to come to pressure…then the time to cook the soup….then the time for the pot to de-pressureize naturally… total time maybe around 90 minutes…to 2 hours….

BEFORE USING THE INSTANT POT…READ THE INSTRUCTIONS COMPLETELY SO YOU UNDERSTAND HOW TO USE IT PROPERLY FOR YOUR SAFETY!

Here is my recipe

water,,, originally I had only 8 cups of water down for this recipe, but I now add water to to the max fill line … so I think it is about 12 cups of water…but the amount will depend on the size of your pot! 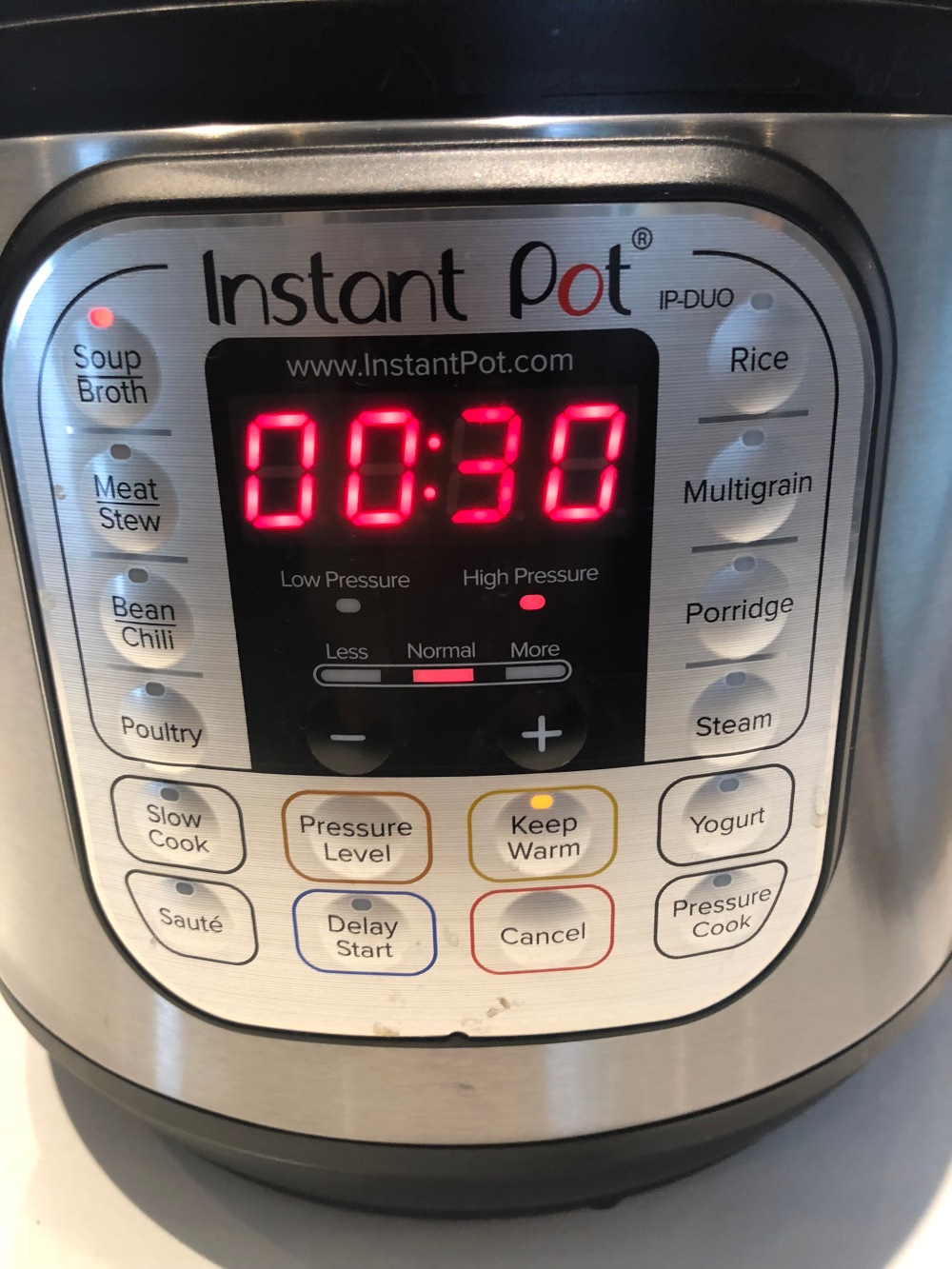 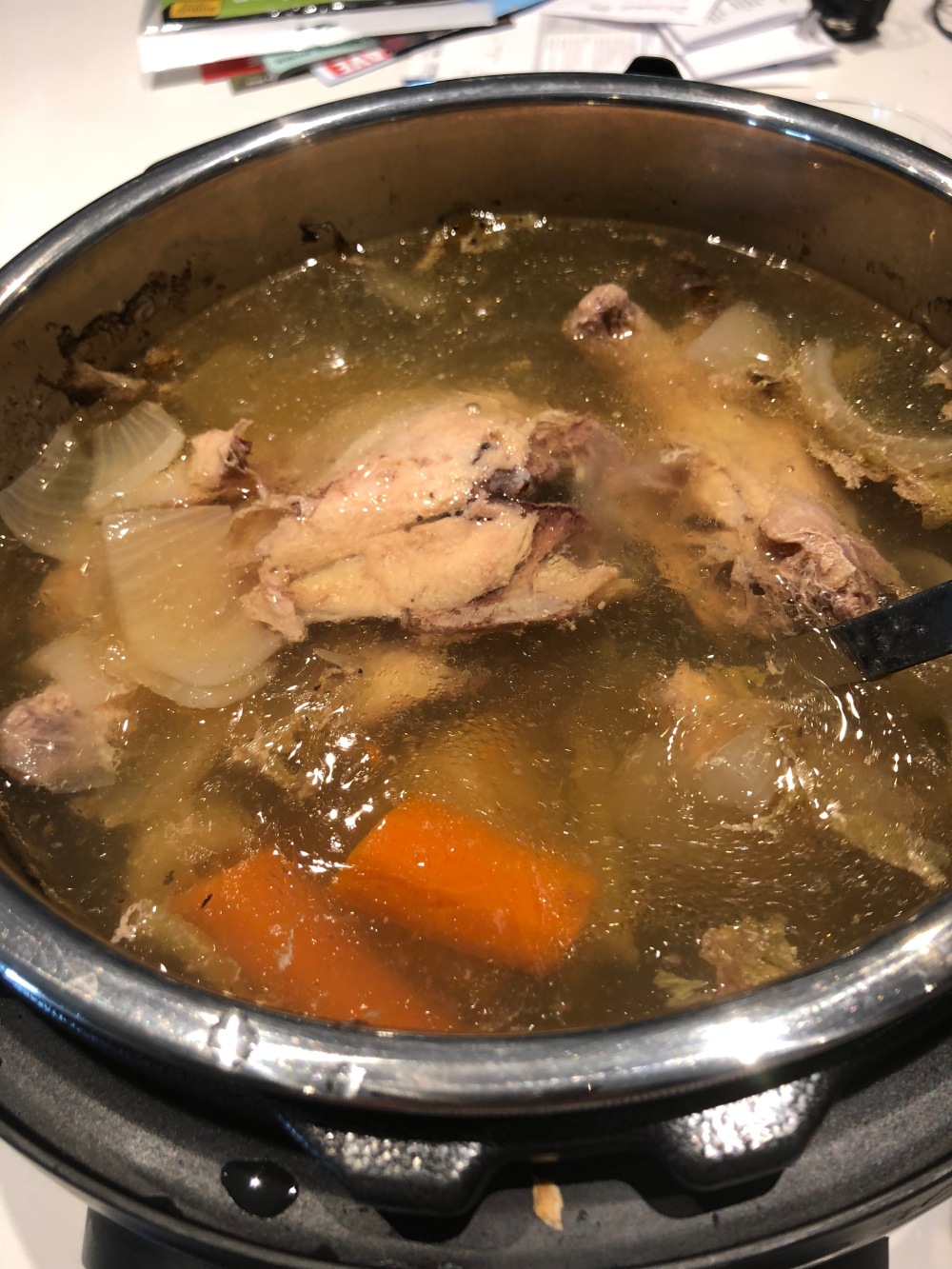